Media Advisory vs Press Release: Everything You Need To Know

Are you curious about the difference between media advisories and press releases?

We spend a lot of time on blogs discussing tips for writing better press releases, but I think it’s equally important that we take a step back and remind ourselves about public relations essentials like what is media advisory and press release.

Both documents work to accomplish similar PR goals, but failing to see what makes a media advisory drastically different from a press release can deliver costly consequences the next time you are trying to capture the media’s attention.

In this blog post today, I am going to dive into giving you a side by side comparison of media advisory vs press release. For PR novices, I hope this will be a good platform for you to learn the key factors that differentiate these two handy PR tools and how you may implement them in the future.

Before understanding the differences, let’s go through what is the meaning of Media Advisory and Press Release.

It’s going to be a bit difficult without you first knowing how to differentiate between Media Advisory and Press Release and having a general understanding of both.

What is a Media Advisory? 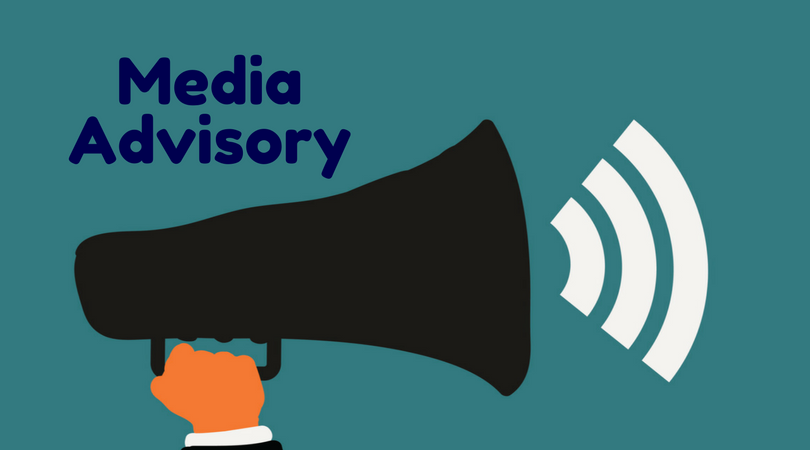 Media advisory is usually NOT for public consumption. It gives the facts, listed clearly, without interpretation or introduction. Think of it like an invitation that answers only the five important questions: Who, What Where, and Why.

It is sent at least 5 days prior to the event and must be newsworthy! Be sure to catch their attention.

What is Press Release? 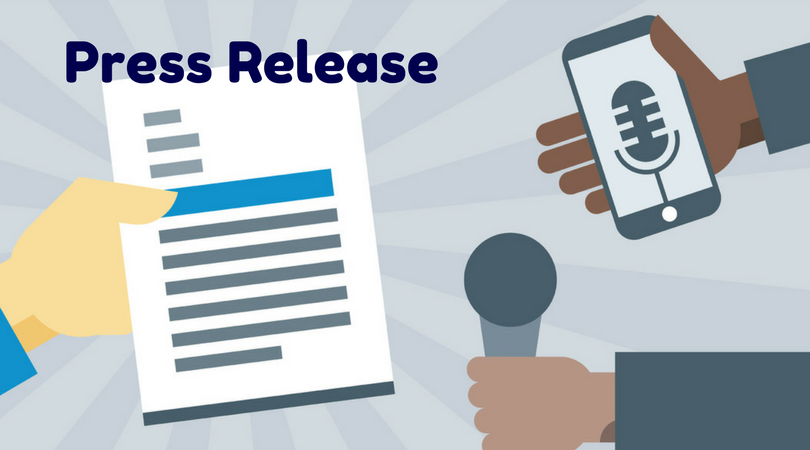 A press release is written in the style of news coverage, as the story you would like to see written after your media event has taken place. It should read like a short article, with data and quotes which will be easy for the media to use in their reporting.

In contrast to a media advisory, which only provides basics, a press release generates a story that journalists can use to inform their writing.

The Differences between Media Advisory vs Press Release

Despite their similarities, a media advisory and a press release are actually two very different things. Knowing these differences will go a long way toward building credibility for you as the PR professional and getting the media attention.

For starters, a media advisory is often sent as an email, it is an alert media email that acts as an invitation to an event and stimulates attendance before an upcoming event, such as grand opening, news conference, fashion shows or other noteworthy happenings.

A press release serves a different purpose. It is rooted in storytelling, providing journalists key details for their articles or segment after an event takes place. Types of announcements include the launch of a new product, new hires, company milestones and more.

A media advisory is a one-page document and is an abbreviated form of a press release. It will be set up on the page using the same format: Contact Information, Headline, Dateline, Introduction and so on. An advisory will contain fewer details and almost no commentary.

A press release may be up to two pages long, although short one-page releases seem to be the preference. A good release is about 300 to 500 words which are just three or four short paragraphs and a couple of quotes. Remember, you don’t need to include every single detail you can think of in your press release.

The biggest differentiator between the two documents is understanding the timing. Media advisories need to be sent to media contacts well in advance of the event. This gives contacts plenty of time to add it to the schedule and make the necessary arrangements to ensure they can attend. This also allows PR professionals to have adequate time in advance to send subsequent reminders about the event.

For press releases, they are sent at times appropriate to intent. Prior to an event, the media is given details intended to pique enough interest to feature it. They are also sent after an event as confirmation of the event to media outlets that received advisories prior to commencement.

Quick Tips for Working With the Media

List the event, its participants, the date and location. Be sure to include the name and phone number of a contact person for the press. Briefly spell out the purpose of the event. Let broadcasters know if you’ll have video or a live feed.

Write a strong headline and lead sentence that will pique a reporter’s interest. Don’t reveal the news you’ll be releasing, but do provide a glimpse that gives them a reason to attend.

#3) Send it to journalists

Email you advisory to reporters who cover your issue, to editors, news directors, bureau chiefs and TV/radio producers.

Give the essential details of your event – make sure your pitch is tight and persuasive. Leave a message if the journalist doesn’t answer or it’s currently available.

#1) Put the most important information first

A press release is a news story written in the inverted pyramid style, conveying your most information in the headline and first paragraph.

Write in a fluent, newsy style that conveys authority and fully covers the issue, so that reporters rely on your release as they write their stories. Always remember the 5Ws.

In addition, put together a press kit to distribute at the event. The press kit should contain the press release, along with other relevant materials such as fact sheets, news clips or statements. Anything that helps the press understand your issue and write their story.

#4) If reporters need substantial time to prepare a story, send an embargoed release ahead of the release date

Make it clear that the story cannot be published before the date specified on the release. Be aware of the risk. A reporter might break the embargo and publish the news ahead of schedule, diminishing your press conference and media strategy.

Be sure to put the name and phone number of a contact person at the bottom of the release. Keep it to one page or at the most, two. 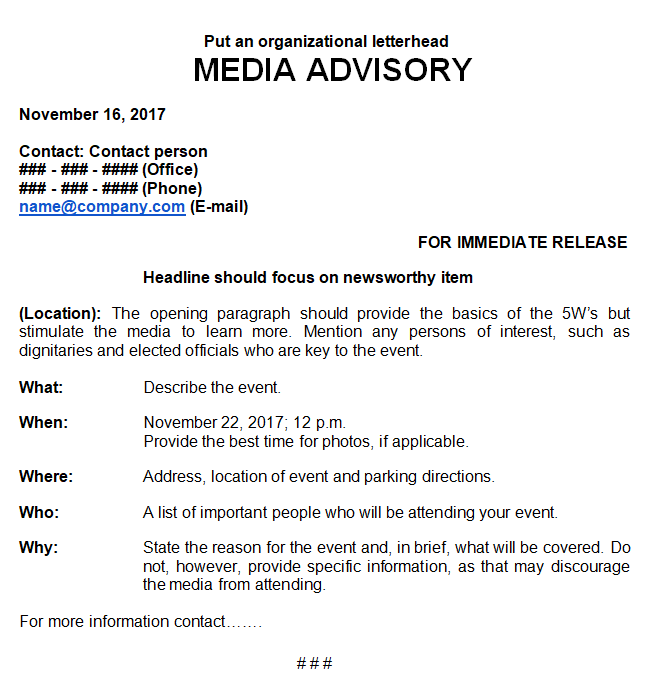 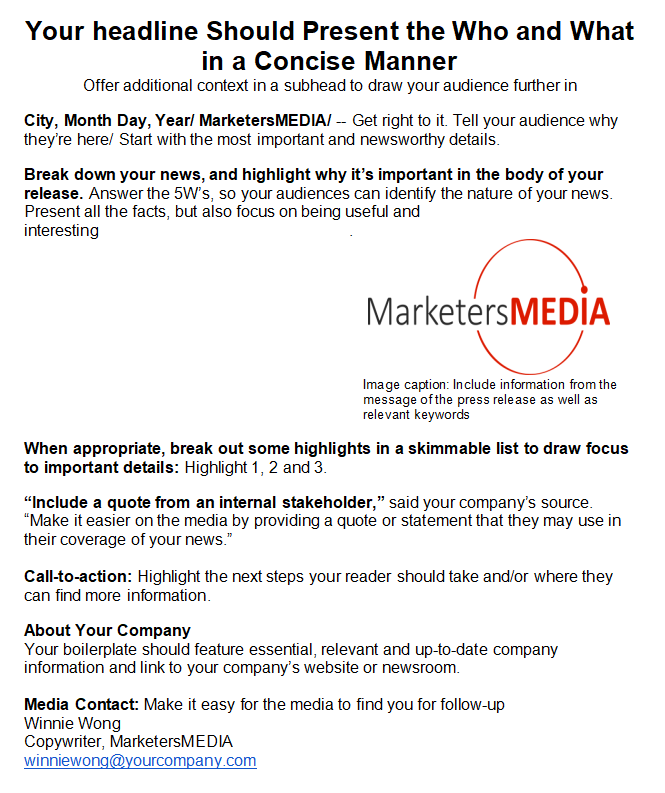 The guidelines for disseminating press releases and media advisories are generally the same, except for the timing of distribution

How to Distribute Media Advisory?

How to Distribute Press Release?

If you need a message to get noticed by the media and the millions of online viewers out there, leveraging the top-notch partnerships of MarketersMEDIA can help you tell your story better and louder. Your press releases can get exposure through their wide distribution network and coverage.

Both media advisories and press releases are a valuable, time-tested tool that can be used to generate earned media coverage, increase sales and spread your company’s message – but only if you’re strategic about everything from story identification and development to messaging and pitching.

I hope the information shared here has helped clear up the differences between a Media Advisory and a Press Release. This will help you to better understand how to use both tools correctly. More advice worth repeating – keep your goal in mind, keep your content in the proper form and double-check your work before you release.

Up till here, are you able to differentiate what is a media advisory and a press release? Do you have any other questions about when to use media advisory vs press release. Just ask below the comments and I’d be happy to help! Also, if I’ve missed out anything important, please do share your thoughts with me.