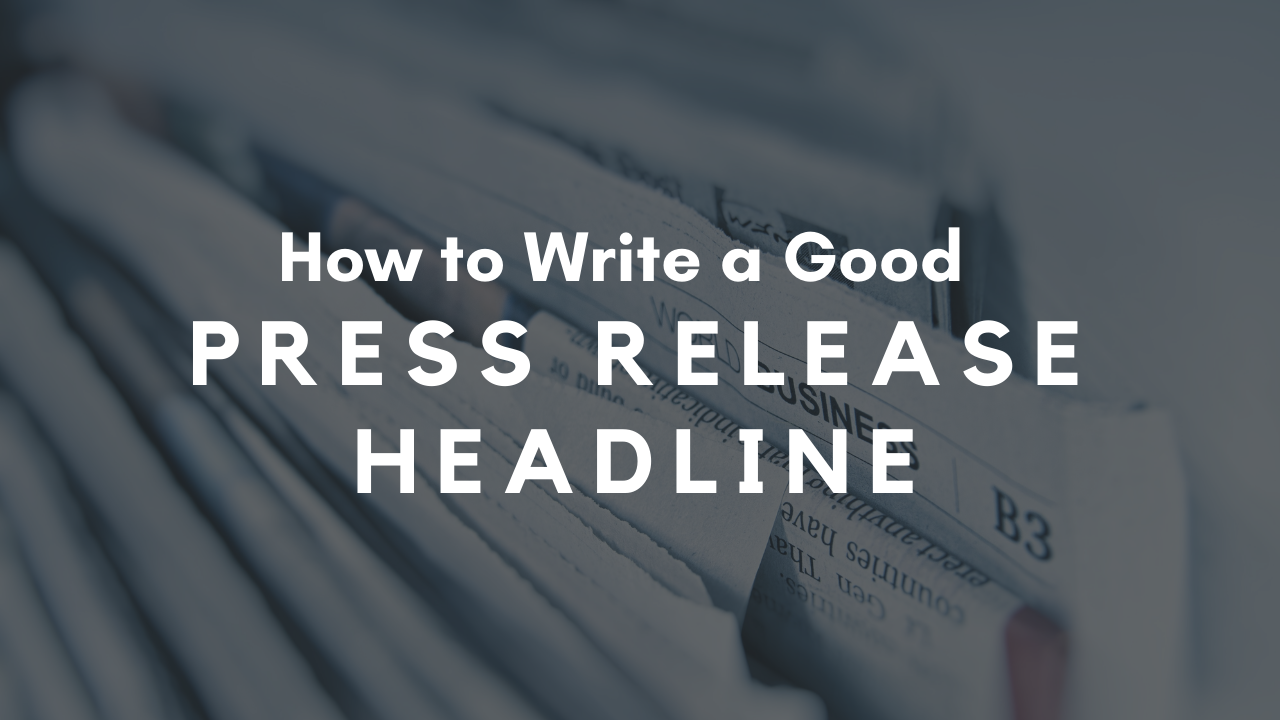 And with how we constantly skim, scan, and dismiss headlines, it’s not an exaggeration to say that your headline can make or break your press release.

If your headline sucks, that is probably the end of it.

Even if your press release body entrails the most important details to uncovering Blackbeard’s hidden treasure, no one would spare it another glance.

Okay, this is a poorly fabricated example, however I hope you get the point. The importance of a good headline is to the extent that everything can fail if you get this one thing wrong.

So what makes a good press release headline?

Over the years, the function of a headline has gone through some evolution. At first, all a headline needs to be is to be eye-catching.

Then Google came along, and thus a shift moved towards search-based discovery and now headline writing also has to take keywords into consideration.

Fast forward today, there’s another trend led by the social behavior of liking and sharing. Now headlines above all, has to be shareable as well as extremely clickable!

To sum it up, a good headline has to be KICK–

…or at least hit two of the three traits above.

What makes press release headline different from other headline is that there are another set of editorial guidelines that businesses must follow if they want to get their news publish.

No sales letter or general help article headlines, and certainly no opinionated statements. It should solely focus on your company’s newsworthy announcement.

But do not let that stop your creativity.

The real question then, as we should move on is how do you write a good press release headline?

For that, I’ve dug deep and come up with 7 press release headline writing tips that can help you to get the attention you deserve.

Because while your headline may be enticingly relevant to 98% of readers, it doesn’t matter if they can’t find it.

You need to get your press release noticed by search engine results, and writing headlines for the web require a different approach.

Figure out what readers and journalists are searching for with Google Keyword Planner and insert those keyword phrases. Instead of writing headlines like:

Get Set this Spring and Spring Clean Your Health!

A better headline would be concise and keyword-driven.

Compared to the catchy headline designed to drive action, the focus should be on the reishi mushroom or detox supplement to let both Google and readers understand your content at a glance.

Journalists and readers simply weed through too many headlines each day to spend time viewing an article that doesn’t get its point across fast.

Having your keywords in the headline will attract the right audience persona, buyers who are actually interested in what your news release has to say. 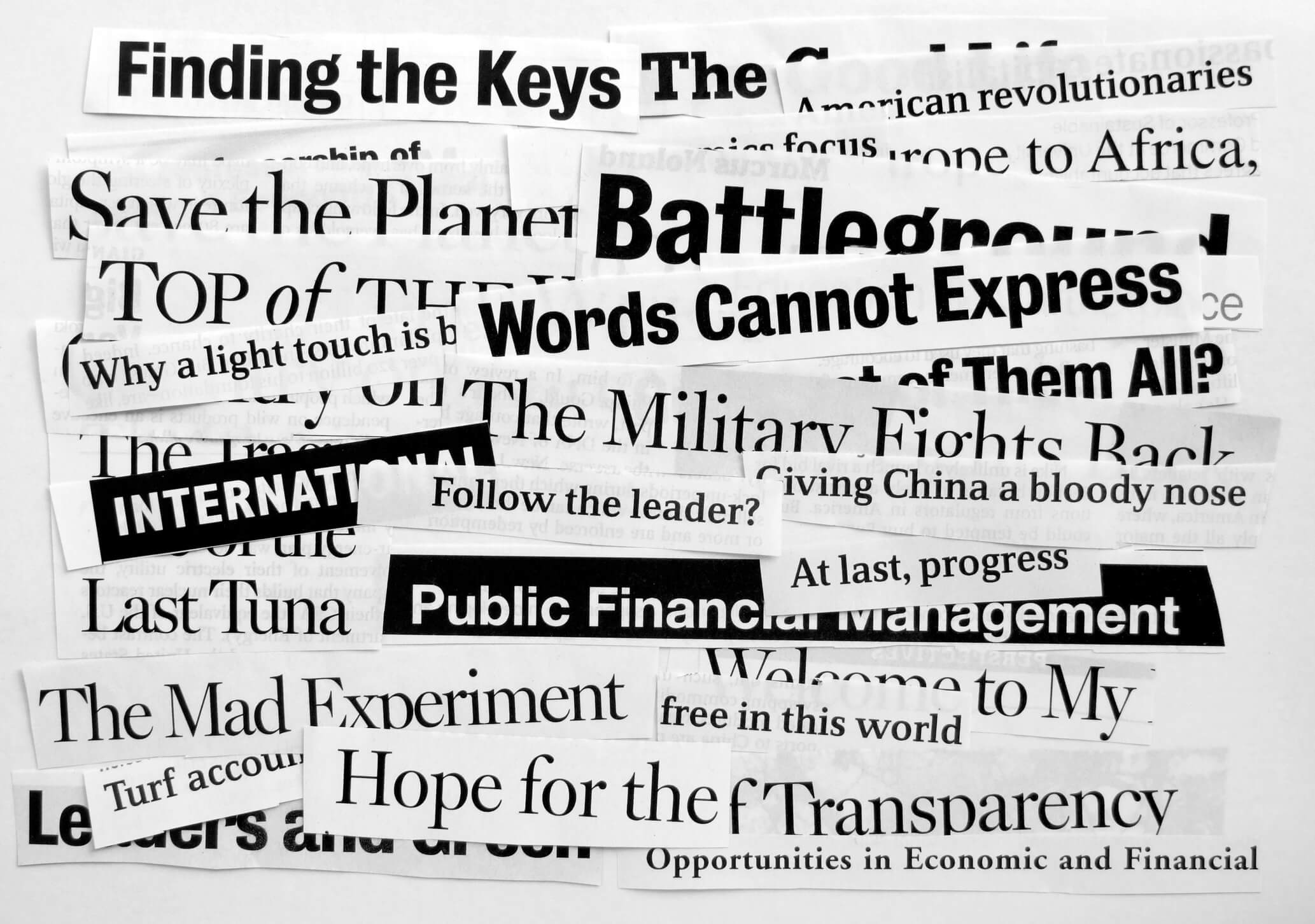 It’s boondoggle but many writers often use big words to sound more professional or intelligent in their press release.
However, the truth is this may derail your readers more than you think. Because the best-written headlines, after all, can be useless if your audience doesn’t understand.

Let’s take a look at these two headlines:

Though they are making similar statements, the first is certainly more easily digestible compared to the second.

It is important to stay simple and be concise because at the end of the day your headline should answer your audience’s question —- what’s in it for me.

Besides, journalists who are working on tight deadlines do not have time to read through fluffy language that is irrelevant.

An additional writing tip is to keep your headline between 80 to 90 characters. (the length of a press release title should be no more than 15 words).

You are expanding your business or celebrating a decade milestone. Congrats and of course, you’d want to highlight your exciting news in a press release.

But let’s be honest. Nobody cares about your company news.
However, people do care about things about themselves.

In the words of Dale Carnegie, the author of How to Win Friends and Influence People, “People aren’t interested in you. They are interested in themselves.”

So make sure when you announce the exciting news that at the same time, your press release news is angled in the way your audience will care about.

Taking that into consideration when creating a headline, you need to make your press release headline relatable.

Rather than simply listing the facts, angle it in a way that it’s important to your readers.

If your new expansion is at Michigan, let the people there know you’re coming or you can even have a sale to celebrate your milestone!

In any way, pique your audience to learn more about it. The trick really, is to think why should anyone read this, and go from there.

Your press release is bound to be boring if all you do is inform.

Telling your audience the latest bug fixes or new features for your product is bound to be less exciting if all you do is just state the facts.

What you want to do instead is to paint a bigger picture, let them see how it would be like with this new update and bugs fixed.

Here are some press release headline samples you should avoid:

They are simply informative statements that don’t justify why their readers should click and read it.

Not only does this headline feature its product’s purpose (not use), it also succeeds in piquing curiosity… how can it combat food waste?

Just one last word of advice: If you don’t explain what’s in it for the reader, don’t expect them to read it. Period. Can you imagine your headline being featured on the front page of the paper? Or maybe someone else’s newsfeed?

For a headline to go viral, it needs an element that makes it contagious.

More often than not, that means inflicting an emotion like feeling joy, inspired, surprise, or even out of negative feelings like fear or anger.

Taking a look at this headline makes you want to scream Yeah! Bullies don’t rule!

Then again, another driving force to why we share the content we share on social media has a lot to do with how we want to be seen.

People share content as a reflection of themselves: it says something about us (whether we are consciously aware of it or not).

When writing your press release headline, apply empathy and write a press release title that will stand out to your tribe and it will take the natural course of going viral.

Being specific is good, but don’t give everything away.

There are many press release titles that announce their content perfectly, but then again we are not writing summaries.

Let’s take an example from before:

There are more trucks on the road, and less-qualified drivers, says local lawyer

Interesting, but it gave me no reason to click.
I read the headline and it’s a point noted.

A good press release headline should also be able to trigger curiosity, giving just the right amount of information away.

The idea is for your headline to be a teaser. You have to click to find out more about what it’s talking about.

However do not go overboard with inciting curiosity, it’s easy to get yourself tangled into creating a clickbait headline.

The key here is, to be honest but not straightforward and keep your headline align with your content. Inspire your readers to take the next action.

Make your press release stand out. It’s definitely easier said than done, but it is the most important writing tip by far.

The flow of press release online is disastrous, it’s like traffic on a highway in Los Angeles and there’s thousands of news from every industry out and about.

Well, you don’t want to get overshadowed in the crowd now, do you? What’s the point of having written this press release?

If you find your headline looking like the other hundreds of headlines on the internet, it’s time to reimagine it and step out of the box.

The Most Amazing PR ever written

I’ve been working in the press release business for a few years now, and still, I remember this press release.

It’s one of the most creative press release examples. Because the title is simply memorable and demands to be read.

Your Press Release Headline deserves More Than Just a Minute

Writing headlines is not easy, and it shouldn’t be.

I know, it’s difficult to be able to come up with the perfect headline immediately. That’s why you have to write lots of headlines before you choose the right one.

Mind you, if the headline doesn’t fit with your press release, do not use it or it’ll affect the trust with your readers.

Follow the 7 writing tips above and you’ll soon be able to create a good, kick-ass press release headline.