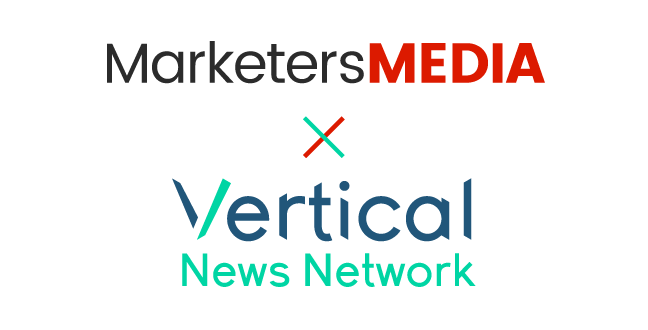 A successful press release reaches its audience… and that is the reason why we began distributing our press releases to Vertical News Network (VNN). The emerging media house is home to more than 195 authoritative media channels that are separated into six verticals. 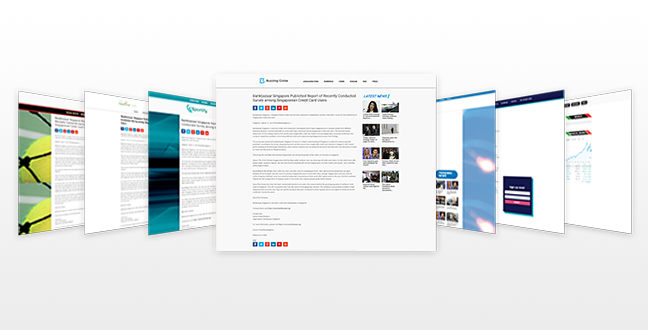 The Six Verticals are:

It might sound obvious. Engaging and connecting with targeted audiences, isn’t anyone doing this already? Well, no.

The general industry practice is still sending countless press releases to general news media sites that often fail to grasp the attention of the right audience.

Even if there’s any targeting per se, often times it’s in terms of geographical distribution but still, these prs reach the general audience that doesn’t match the demand of the release.

In this case, our team at MarketersMEDIA intends to solve this problem and we are going the extra mile to find the solution for our media content to gain wider coverage that really counts.

That’s when we found VNN. 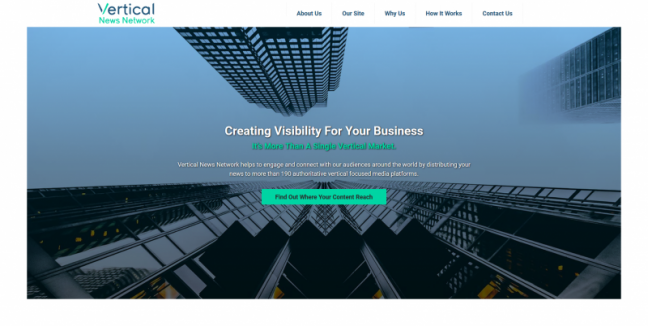 At the point when we are writing this blog post, it’s been eight months since we started using VNN in September 2017.

We have sent thousands of press releases to the 190+ media channels operated by VNN. Throughout the time, we have been getting positive feedback from our customers who find it to be a great addition.

Still, we want to know if the added distribution will positively affect the SEO or search visibility of our press releases. Thus, before entering into a long-term partnership with VNN, we decided to run a test.

Here’s the background story. We have been sending our press releases to VNN since September last year, but it was in addition to our other line of distribution partners and news information systems that include ABC, CBS, Fox, NBC, AssociatedPress, Reuters, and countless others.

Although releases sent during the period has shown better performance, we needed to know under a controlled environment, how good will VNN perform, in terms of search visibility.

We decided to replicate the leasreepressmm case study – a case study performed in 2013 that has successfully refuted Matt Cutts’ claim, which went ahead to prove press release does help improve a website’s search visibility and ranking.

Despite the test this time was for a different purpose, the methodology was still the same. We chose two keywords and anchored them to our targeted websites in the press releases. This is to create a controlled environment and eliminate other variables that may influence test result.

Also, to avoid other competitive factors and possible ongoing SEO efforts by other parties, we made sure that the keyword does not previously exist and most importantly that it does not mean anything to the search algorithm before the test.

In the end, we settled on 2 keywords and 2 press releases. We chose 2 keywords instead of a single keyword to cover all potential scenarios for meaningless keywords as well as to identify consistency in both.

The first keyword is “VNNMEDIAREACH”. Looking at the screenshot below, Google could not recognize the keyword at all, with the end results returning no search results at all. 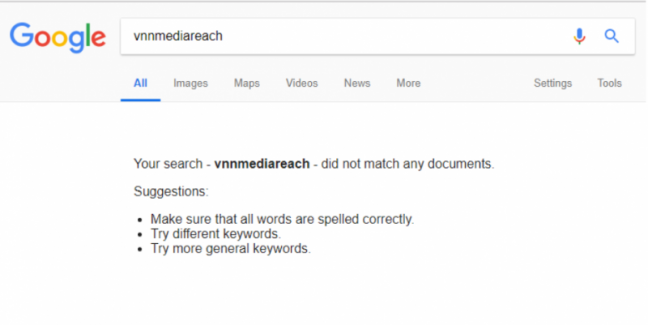 Meanwhile, the second keyword “VERTICALVNNLINK” showed some results that Google found to be relevant, looking at the screenshot, you can see that website results are those that contain the word “vertical”. 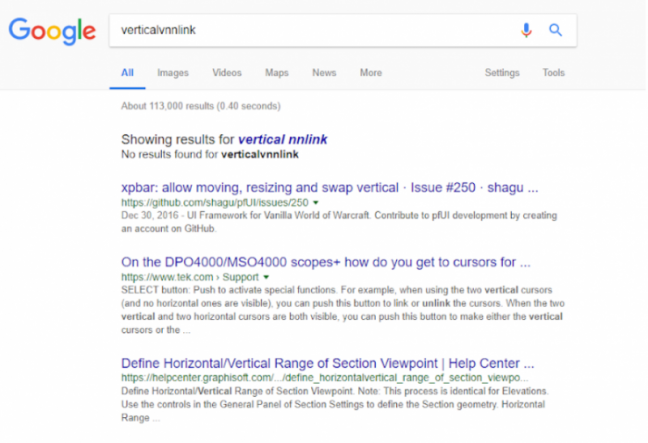 For both keywords, we can see that Google has difficulty returning appropriate result sets.

Putting VNN to the test, if the press releases sent via VNN distribution channels is capable of establishing meaning to these keywords or show some association of the anchored website to the particular search term on Google, it would have meant that it was successful.

So for a recap, the test will target two keywords in two separates press releases link to two websites as follow:

These keywords are a good candidate because:

1. The websites were not ranked for the terms prior to the test
2. The keywords were meaningless to Google, results were speculative
3. The keywords were alien enough that it should not attract other parties aiming for this keyword during the test

We will know the test is successful if:

1. VNN would appear in the search results when searching for targeted keywords
2. VNN can establish an association between the keywords and targeted website
3. VNN can outrank existing search results prior to the press release

Once the press releases were written, they were distributed only through VNN network which comprises of 198 media channels.

Yes, this translates to 198 backlinks pointing to one website and moreover they are all duplicates which are interesting to note. We would see how this affect Google’s decision in ranking a site.

After publishing the press releases, we started to monitor the results for our targeted keywords and we discovered that VNN press releases has helped Google to collect a relevant set of results related to the search terms. Here’s what we got:

Searching for both “VNNMEDIAREACH” and “VERTICALVNNLINK” no longer return muddy or zero results… in fact, the results were quite immediate.

On the first day, when we searched for the keyword “VNNMEDIAREACH”, Google returned 42 results – all of which featured the media channels from VNN. 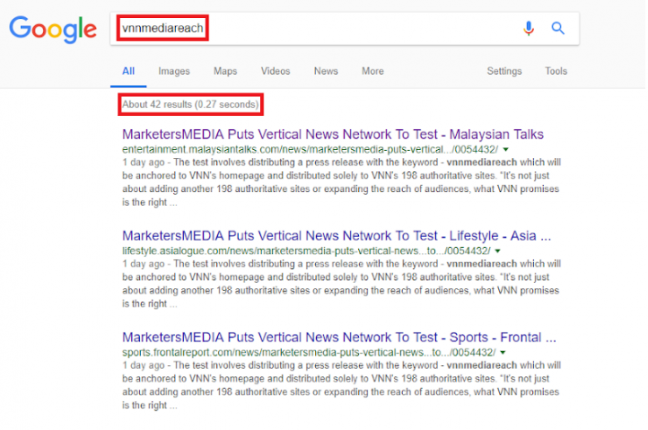 …and three days later, there was about nine full pages of indexation! Just take a look…

While for “VERTICALVNNLINK”, the results were even better as the keyword returned more than 15 pages of indexation. 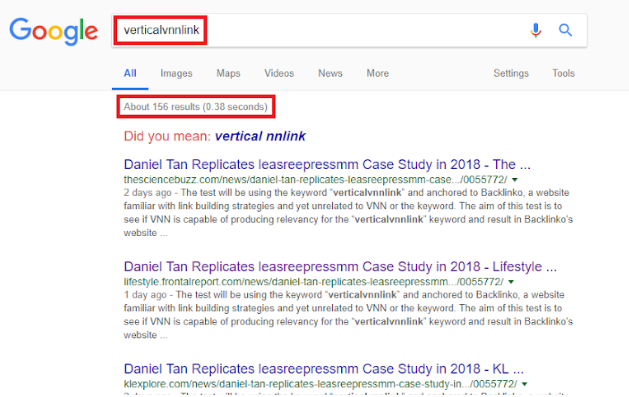 That’s more than 75 percent of all the sites in VNN ranking on Google’s SERP.

But indexation aside, a search of the keywords also shown that the prs have successfully established a connection between the targeted websites and keywords. 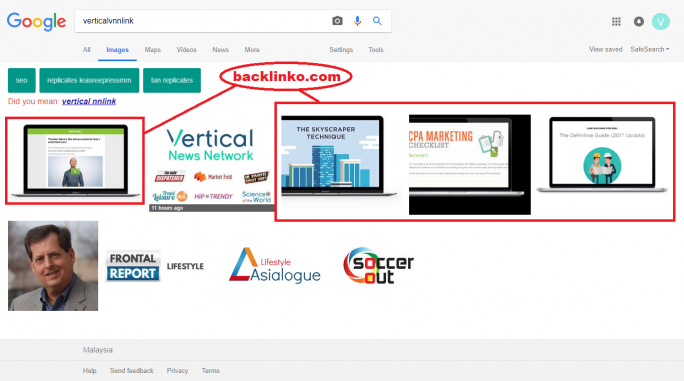 Now, you can find backlinko.com (a website which is in no way related to VNN or press releases) ranking when searching for “VERTICALVNNLINK”.

On top of that, another surprising and interesting result we discovered was that the press release targeting “VERTICALVNNLINK” has also succeeded in ranking for another unexpected keyword…

Yes, you’ve read it right – that’s the targeted keyword from our previous case study five years ago which was used to refute Matt Cutts’ claims.

While we have not been intentionally targeting this keyword, our second press release entitled “Daniel Tan Replicates leasreepressmm case study in 2018” has also made it in the first page SERP as shown in the screenshot below. 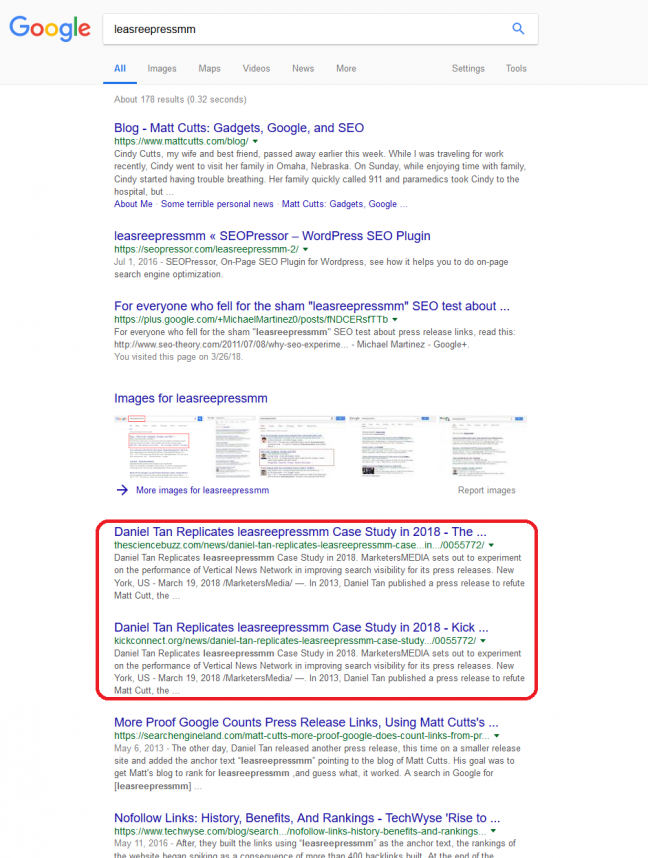 This result is a real delight because this shows that not only can VNN rank even for keywords that are already established, on top of that they outrank even the old results from an influential site like searchengineland.com.

Without a doubt, these results show that VNN is capable of creating marketing impressions which will help our clients in many ways…

…that is not only informing the target market but also contributing to their SEO, and increasing their website’s ranking significantly resulting them to rank higher in website searches.

It is with these results that MarketersMEDIA is now officially entering into a long-term partnership with VNN.

Because not only is Vertical News Network useful in reaching targeted audiences, but its backlinks are also capable in influencing search results.

“VNN will not only add a competitive advantage to us in terms of search engine visibility but it will help us micro-target whenever possible,” said Daniel Tan, our Founder at MarketersMEDIA. “With this, we are happy to welcome VNN on board as our permanent partner to bring our customers even more benefits.”